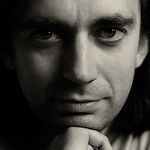 Founded by Brussels-based Dutch designer Annelys Devet in 2003, Subjective Editions is an initiative that develops and disseminates participatory cartographic publications. An increasing series of these atlases aptly called "Subjective Atlas" is being done in collaboration with local communities. These volumes map a country, city, region or geopolitical entity in a personal way by the inhabitants themselves.

In October 2018, Subjective Editions and Casino Luxembourg organized creative workshops following an open call. The fruit of the reflections (what does it mean to be Luxembourgish when the majority of inhabitants are of immigrant origin?) What alternative image to break the stereotypes linked to money? What cultural impact for the country when one goes abroad to study ? ...) is the production of drawings, photo series, the creation of fictitious maps and flags to be compiled in a book, "Subjective Atlas of Luxembourg".

This new edition is added to the ten or so publications already produced or in progress (Serbia, Palestine, Brussels, European Union, Colombia, Pakistan, the Netherlands, Hungary, Mexico, ...). Casino Luxembourg invites the public to a festive brunch for the launch of the book on Sunday, October 27, with Annelys Devet. Come with your family as children's activities are planned during the day.