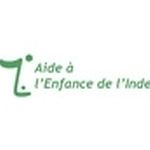 Festival: Four Movies – 16 Organisations – 1 Goal: The summer edition of the eleventh “Cinéma du Sud” starts on Friday, July 10th. “Act now! Think global – Act local” is the slogan on each Friday from July 10th to July 31st when everyone is invited to reflect critically on the consequences of globalization and migration.

Film Midnight Traveler: When the Taliban put a bounty on Hassan Fazili's head, he is forced to flee his country with his family. Using a cell phone, Hassan Fazili documents his family's dangerous journey. Unique in its approach, this documentary allows viewers to immerse themselves in the daily life of the family and accompany them in their different steps towards refuge and safety.

find more information on how to get tickets and the watchlink on https://cinemadusud.wordpress.com/