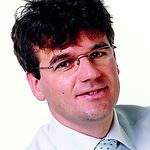 Marc Thill
Published on Tuesday, 13 December, 2011 at 11:49
Korea has a long history of cooking. Korean food is one of the most important key words that explains the nation of Korea. It contains not only history, religion and tradition but also the way of thinking, lifestyle and sentiment of Korean people.

Korea is hidden between Japan an China - many people don't know about this unique culture. But Koreans are the Latins of Asia - emotional, expressive and spontaneous.