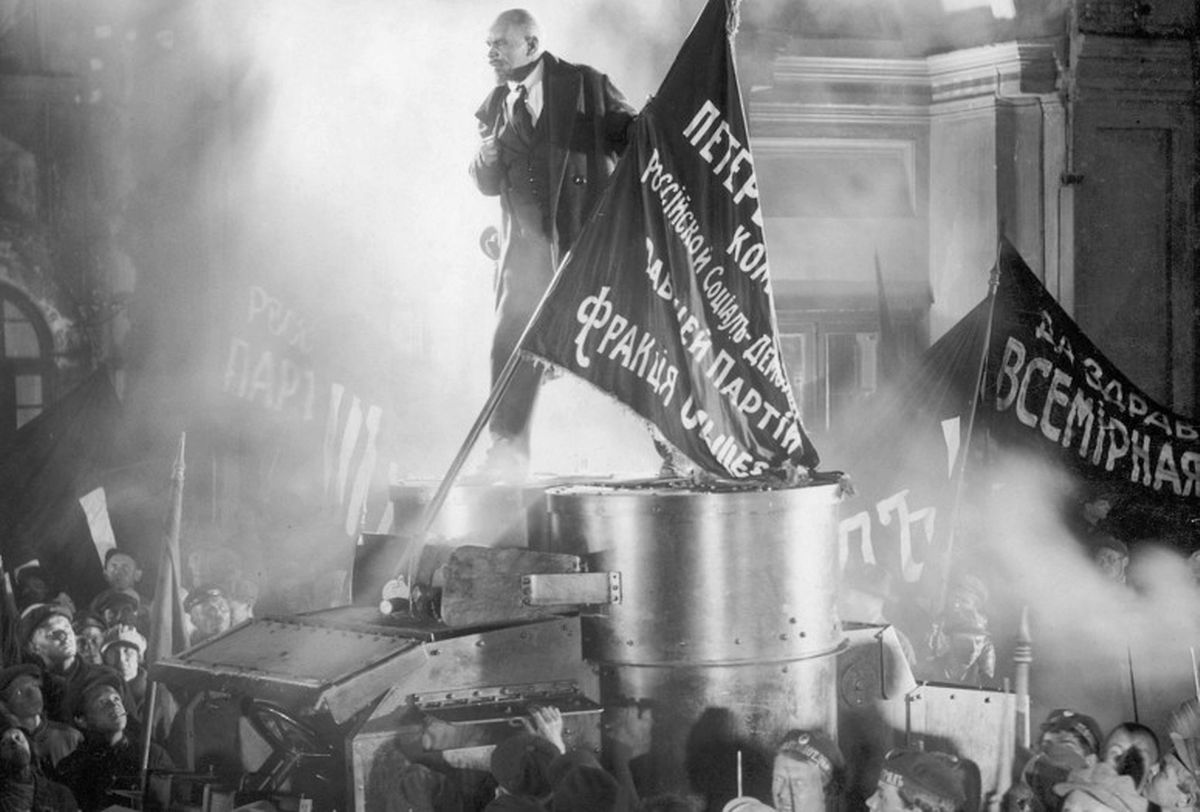 The October Revolution of 1917 is presented in this documentary-like Soviet silent film. Beginning with the crumbling of the Russian monarchy, the production depicts the growing conflicts at Petrograd, with Soviet hero V.I. Lenin leading the rebellion that results in the overthrow of the tsar's Winter Palace.

This Sergei Eisenstein classic re-creates the final days of the Soviet Revolution. While simplistic stereotypical characterizations keep the film from becoming involving on an emotional level, the spectacle and visuals are typically brilliant and complex. In documentary style, events in Petrograd are re-enacted from the end of the monarchy in February of 1917 to the end of the provisional government and the decrees of peace and of land in November of that year. Lenin returns in April. In July, counter-revolutionaries put down a spontaneous revolt, and Lenin's arrest is ordered. By late October, the Bolsheviks are ready to strike: ten days will shake the world. While the Mensheviks vacillate, an advance guard infiltrates the palace. Anatov-Oveyenko leads the attack and signs the proclamation dissolving the provisional government. (J.Hailey)